Here the main entrance of Wat Phothikyan Phutthaktham with 2 Big Dragon Head at top. It is better known simply as Wat Balai or Dragon Temple to the locals, on account of the pair of dragons flanking the entrance. In part 2, we will sharing more temple surrounding area of wishing tree, upgraded wiharn and others. 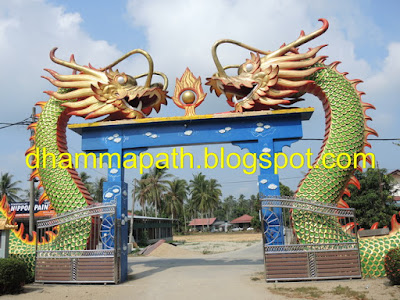 Wat Phothikyan Phutthaktham began as a modest temple some twenty years ago. It became more active when a Thai came over and started various activities, including initiating a building fund for the temple. As a result, it underwent massive expansion in recent years, including the construction of a 100-foot tall statue of a standing Buddha. Other sights at Wat Phothikyan Phutthaktham included the wishing tree, where devotees threw their wishes onto its branches, and the seated Buddha Nak Prok image behind a seven-headed naga. 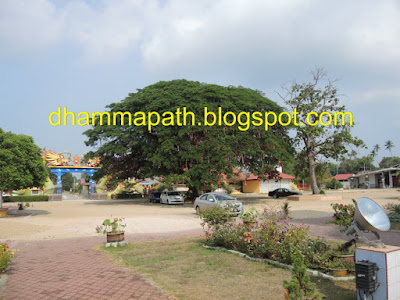 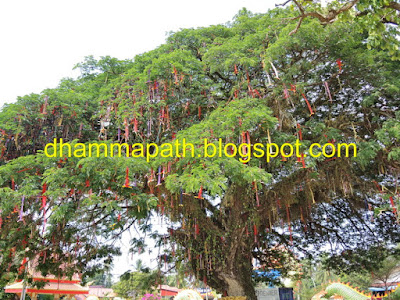 The big big wishing tree at Wat Phothikyan Phutthaktham. Many devotees threw the wishing paper onto its branches to make dream come true. 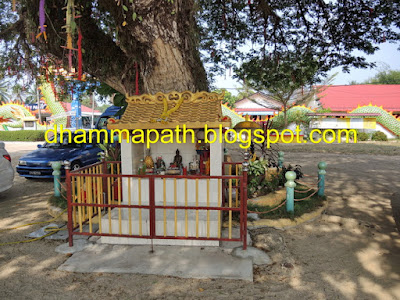 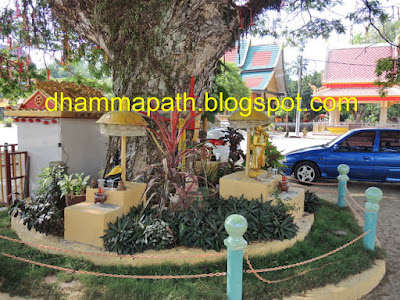 The small shrine to pray below the wishing tree. 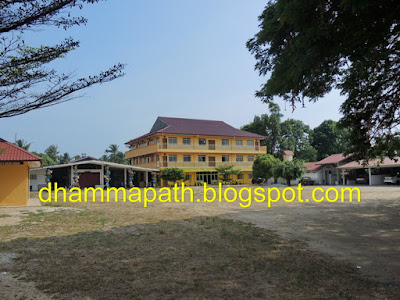 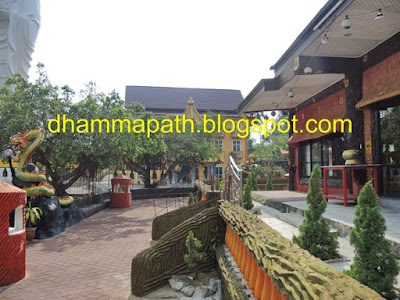 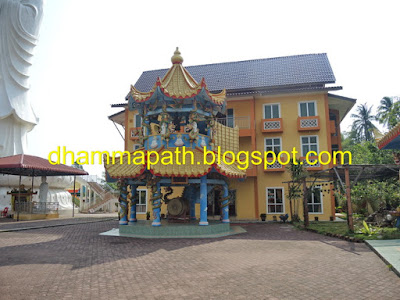 Beautiful Bell tower with Drum at below. 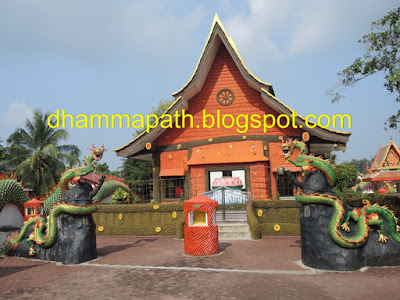 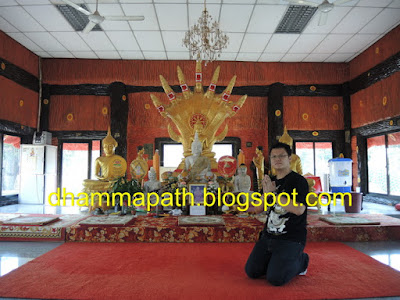 The upgraded building of Wiharn for venerated Phra Nak Prok statue inside the hall. 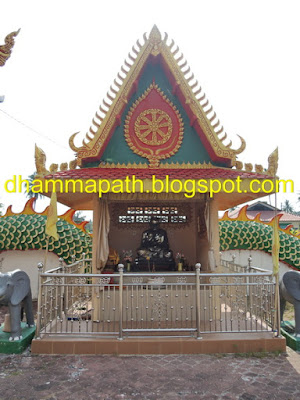 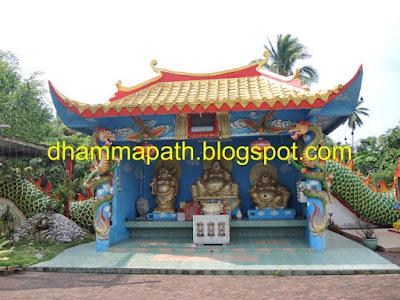 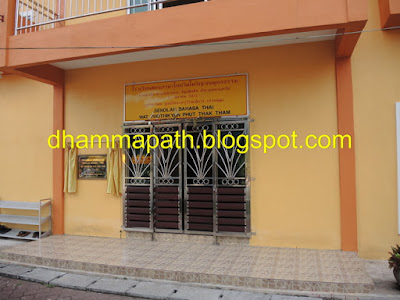 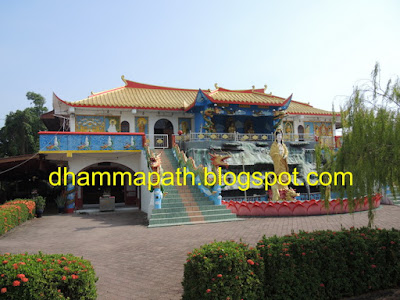 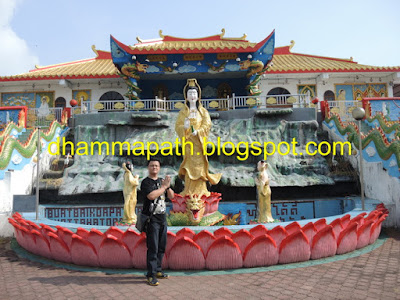 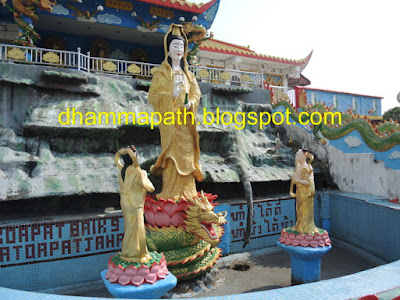 The statue Mercy Guan Yin with pond at below, but not yet filled with water. 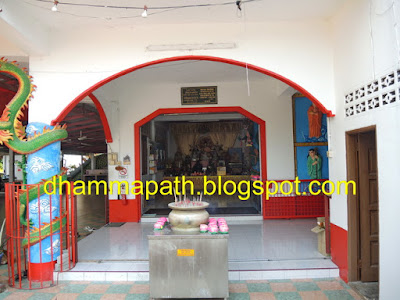 The main entrance to the pray hall. 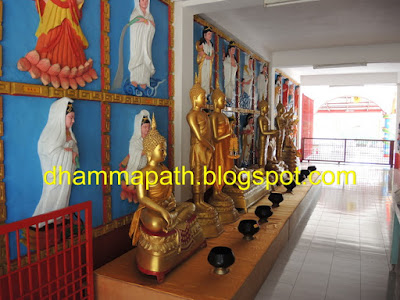 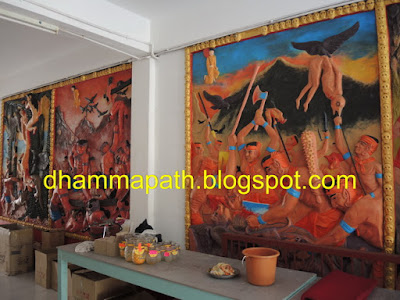 The veneration of sacred statues and wall mural of Phra Buddha story. 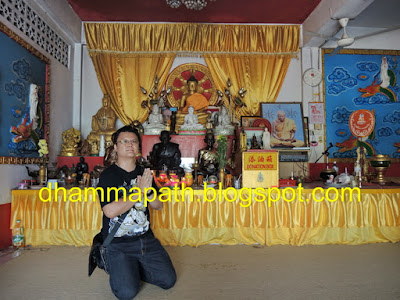 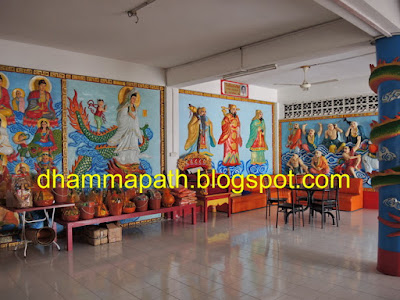 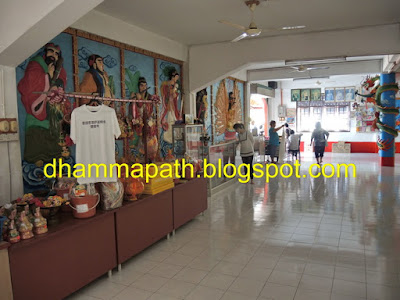 Inside part of the hall . 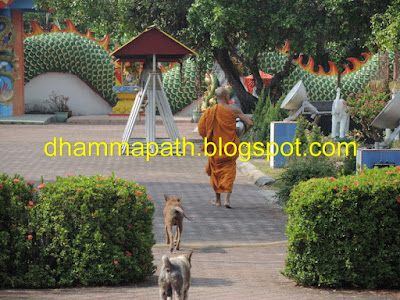 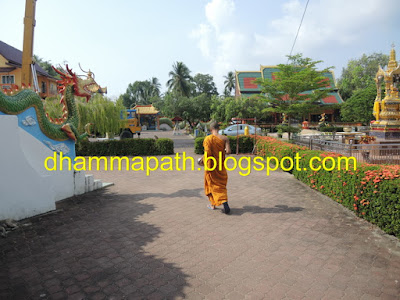