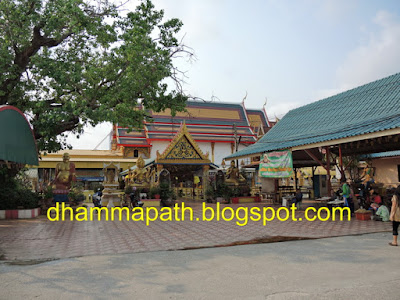 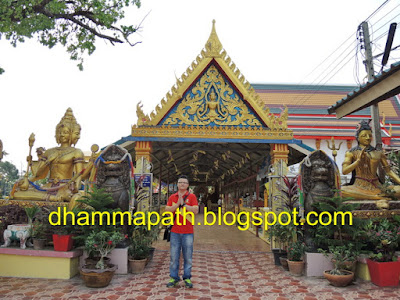 Photo taken at front side of temple Ubosot. Wat PhiChaiYanawat is presumed to have been built in the mid-Ayutthaya period, dating back to at least 300 years ago. 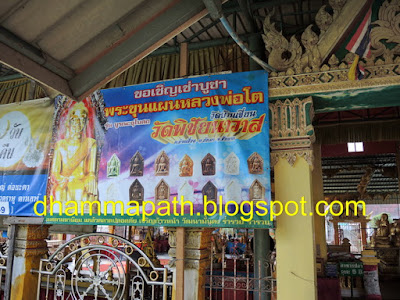 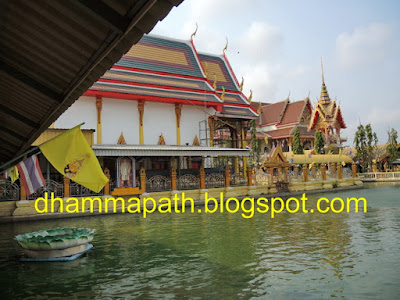 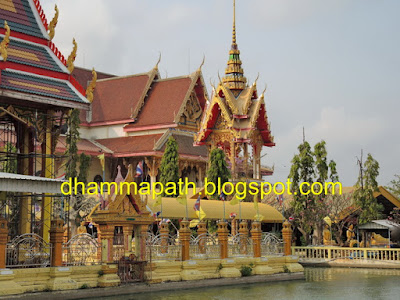 Temple Ubosot built in the middle of the pond. 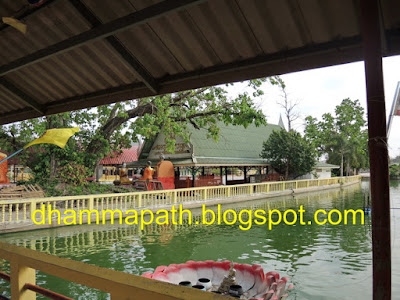 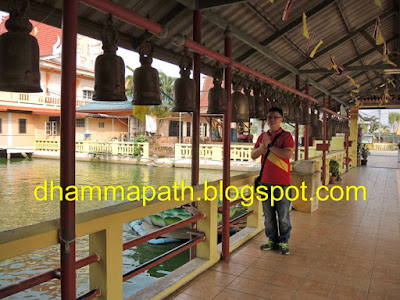 Photo taken at the bridge connected to Ubosot. 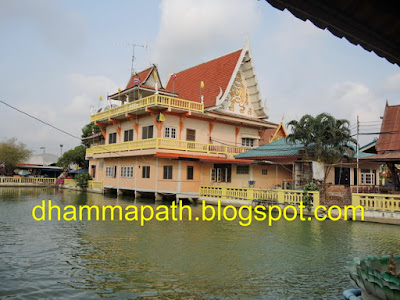 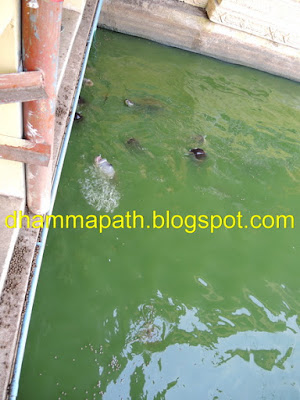 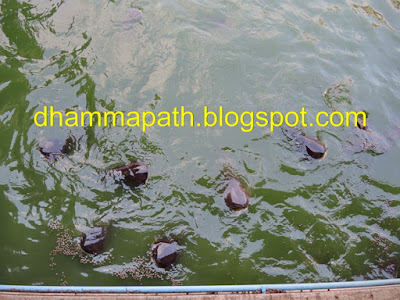 View from surrounding the pond and catfish in the water. 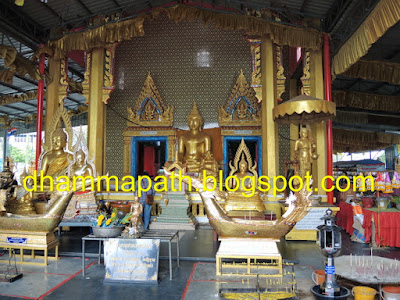 The front side of the Ubosot Wat PhiChaiYanawat. 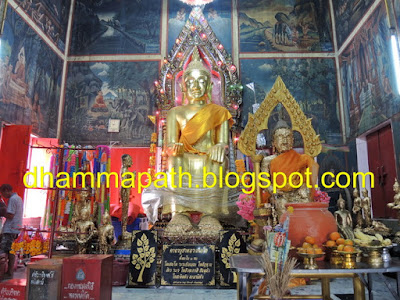 Inside the Ubosot was venerated principle Phra Buddha image by name of LuangPho To, which is in the posture of accepting offerings from an elephant and a monkey. It is presumed that while creating LuangPho To’s image, the city was in turmoil from a war with the Burmese, who marched through this area. 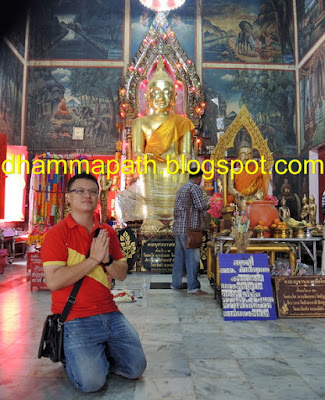 Photo taken inside the Ubosot. 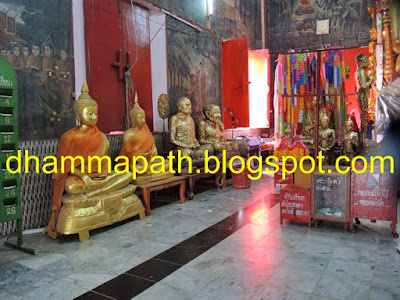 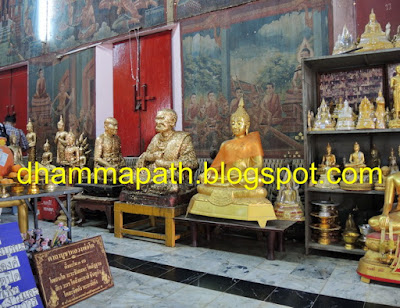 The both side veneration with many statues of Phra Buddha and monks statues. 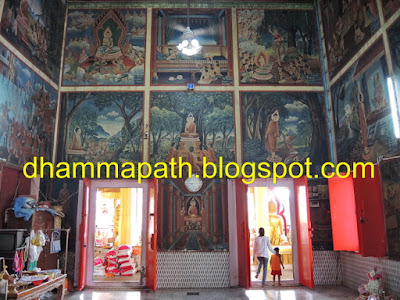 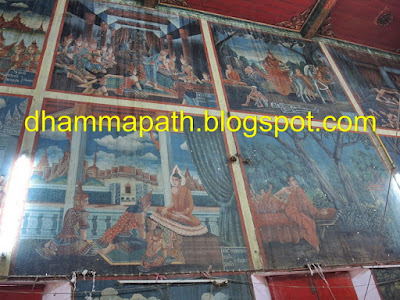 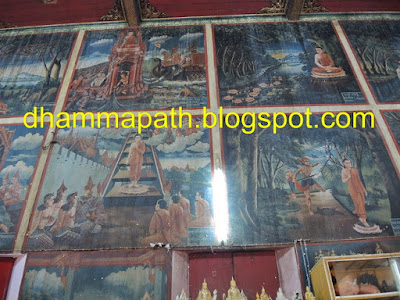 The sacred Mural painting on the wall. 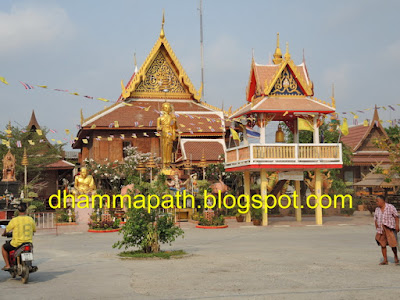 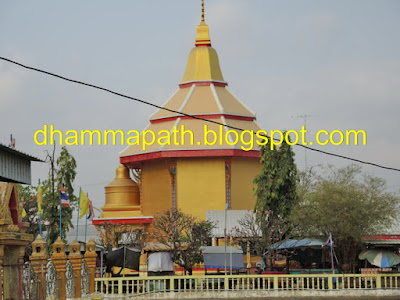 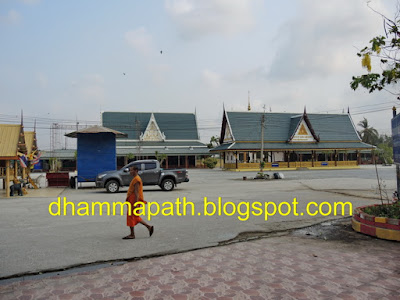 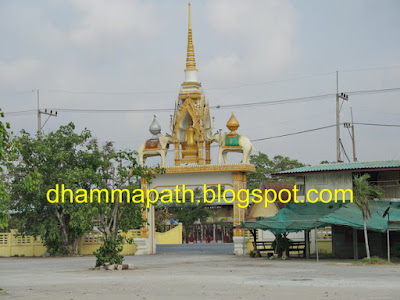 The temple buildings and temple gate of Wat PhiChaiYanawat.
.
See more info of other interesting Thai amulets at: http://www.thaiamulets-dhammapath.blogspot.com/
Posted by Kenneth Phoon at 5:45 AM