Wat Phra Loy, the ancient temple is located near Tha Chin River in Suphanburi Province. Archeologists assume that this temple was built in the reign of King U-Thong (BE1314–1369). People believe the name “Wat Phra Loy” comes from the event that the Buddha statue flowed along Tha Chin River and stopped at this temple. 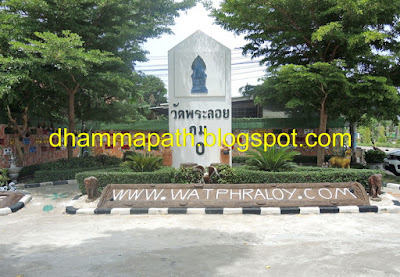 Wat Phra Loi was built to house a Buddha image that had been found washed along the Tha Chin River. The white sandstone Buddha image is depicted seated under a Naga (mythic sea serpent) hood, presumably carved during the Lop Buri period. In the temple compound, visitors can also see the ruins of the main Ubosot (ordination hall) built in the U-Thong period. A new Ubosot has been built over the ruins to preserve it.  Nearby, another elegant Ubosot with four entrances houses the beautiful principal Buddha image called Phra Phutthanawaratmongkhon, as well as ancient sandstone Buddha images in various postures. After paying respect to the Buddha images, visitors can feed the thousands of fish that live in the sanctuary in front of the temple. Wat Phra Loi is located by the Tha Chin River, not far from Wat Kae. 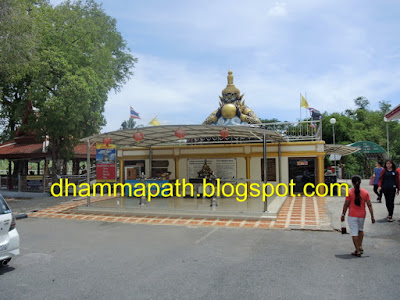 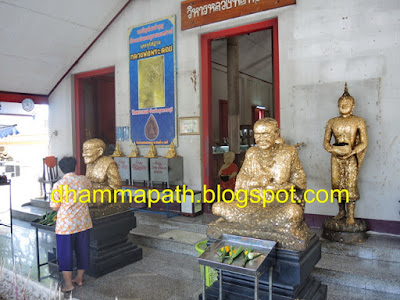 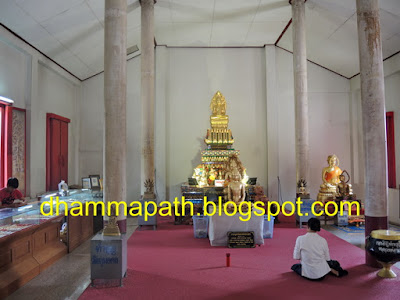 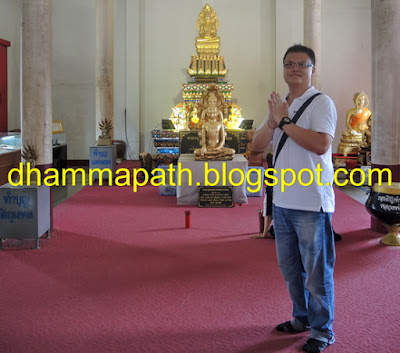 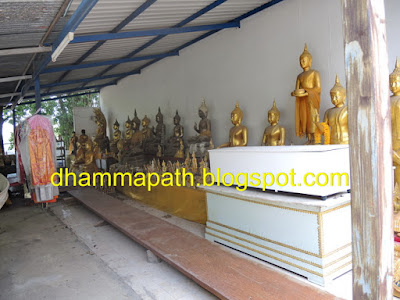 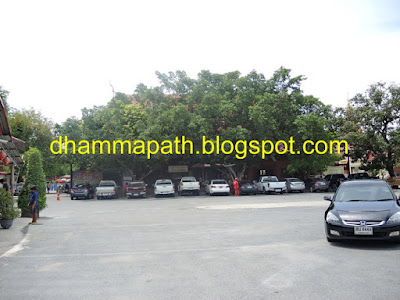 The temple compound and with sacred Chedi behind it. 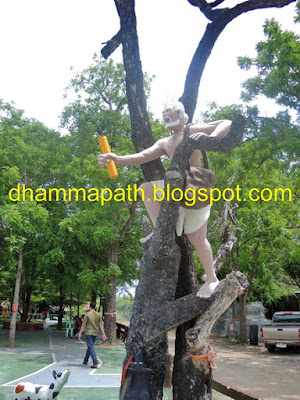 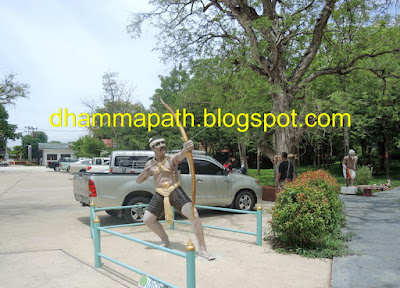 The local folk statues. Inside also with many statues of 'Hell'. 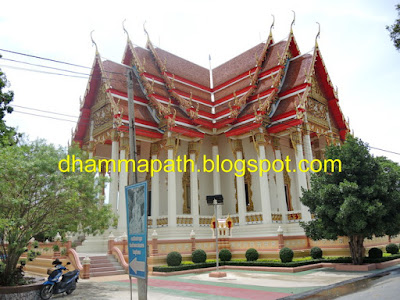 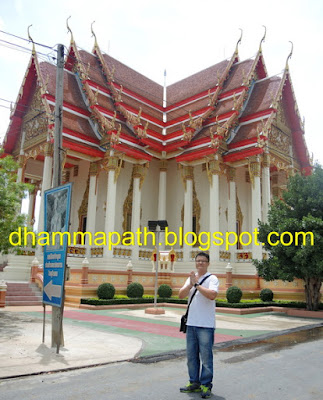 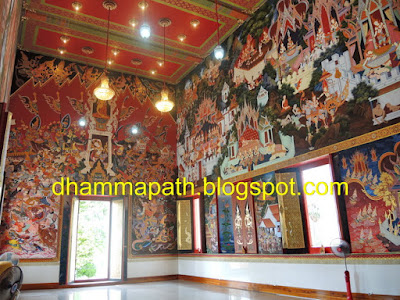 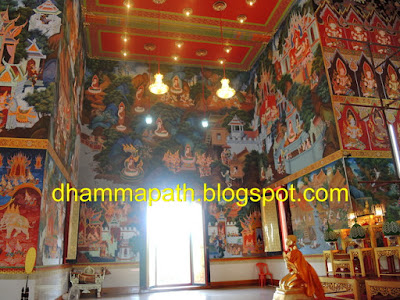 The beautiful Mural Painting on the Ubosot wall. 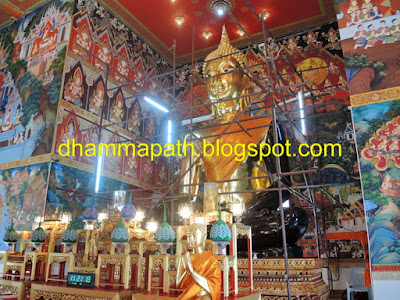 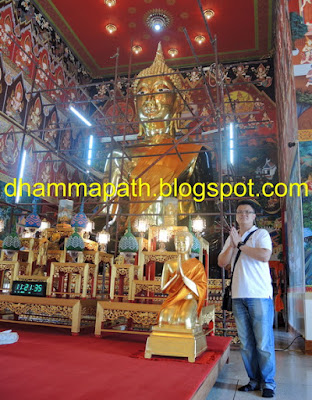 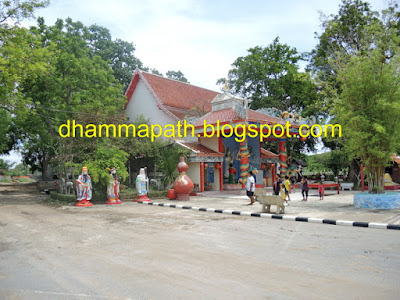 The Shrine of Chinese Deity at Wat PhraLoy. 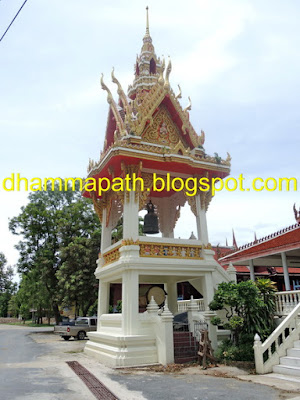