Wat Mahawan is origin temple of Phra Rod amulets. This temple is believed to have been built in year 657AD by Queen Chammathewi. The sacred image of Phra Buddha seated under the Naga's hood believed to be Phra Puttha Sikkhi or Phra Sila Dam (Black Stone Image) taken from Lawo (Lopburi) by Queen Chammathewi. The image is currently known among villagers as 'Phra Rod Luang' or 'Phra Rod Lamphun', which became famous and known as 'Phra Rod Mahawan'. 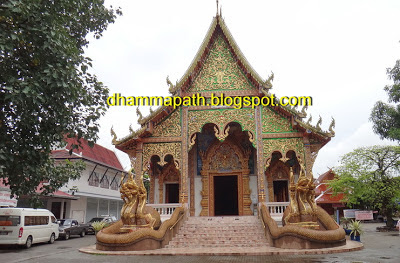 The Wat Mahawan prospered throughout many reigns. It was deserted for some time during war. It was restored again when Prince Sapasit, son of Phraya Rodrad ordinated as a novice at this temple in year BE1420. A big Phra Buddha image in the temple was also cast at the time. An outstanding featured of this temple is large Chedi which built to cover the old one. The Ubosot and Vihara have also been repaired. 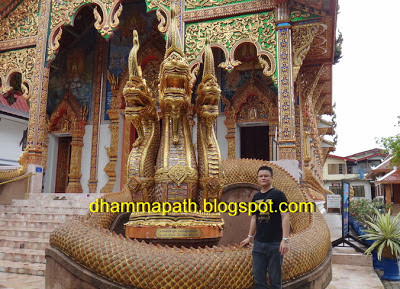 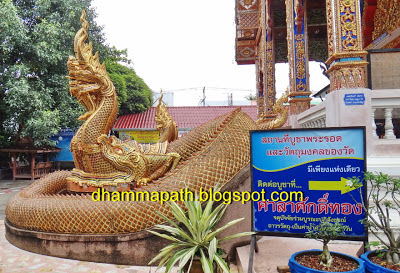 Photos taken with Naga Guardian at the Ubosot. 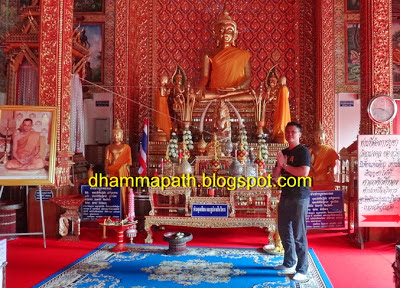 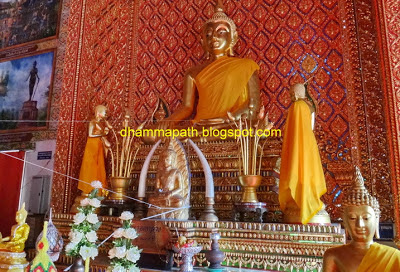 The main Phra Buddha statue inside the Ubosot. 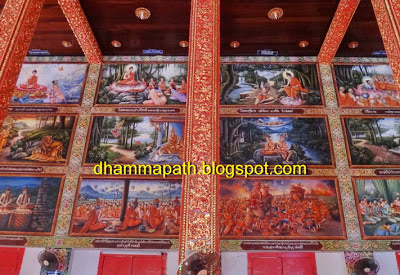 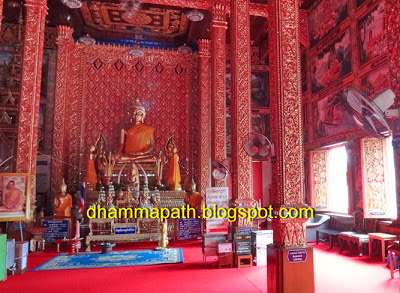 The Mural painted and the Ubosot surrounding. 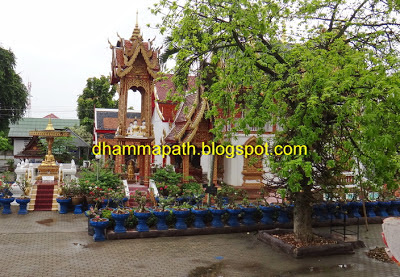 The Vihara and Phra Rod shrine. 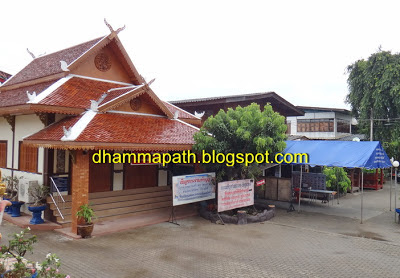 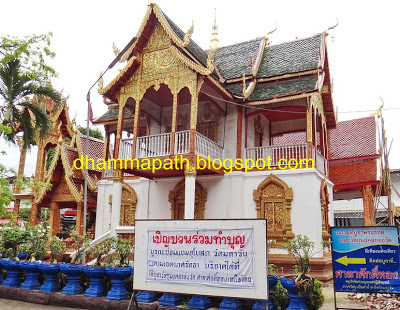 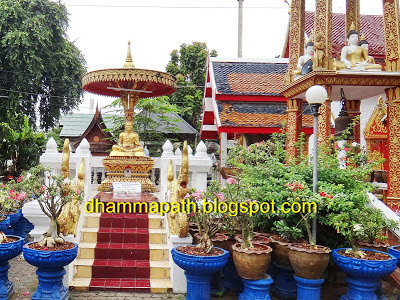 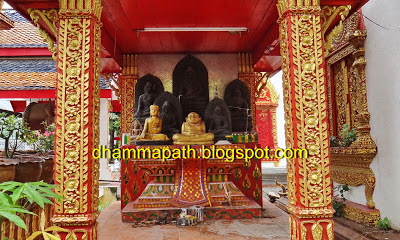 The closer view of the Vihara, veneration the master statue and Phra Rod shrine. 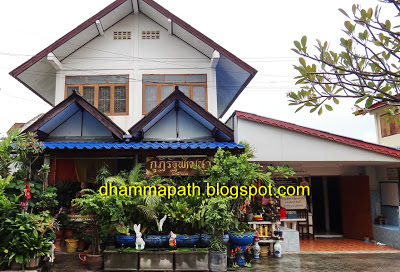 The backward of view of the temple. 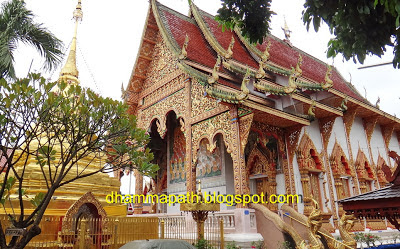 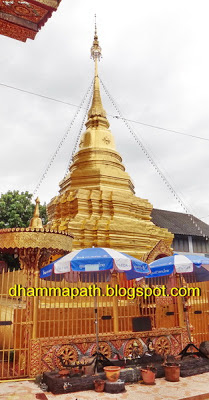 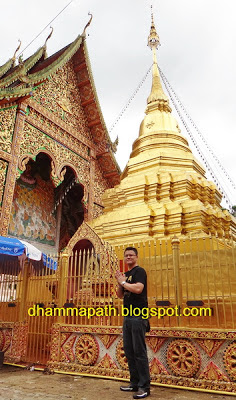 The Golden Chedi of Wat Mahawan. This Chedi have been repaired in the past. 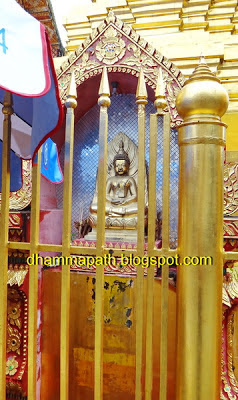 The veneration Phra Rod statue beside the Golden Chedi. 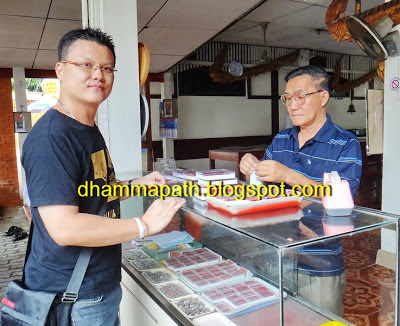 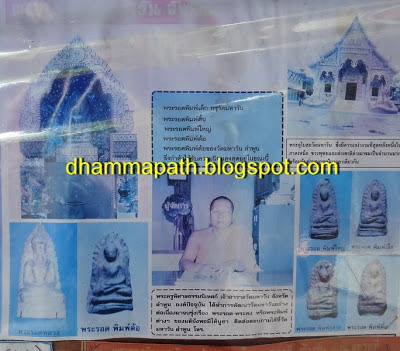 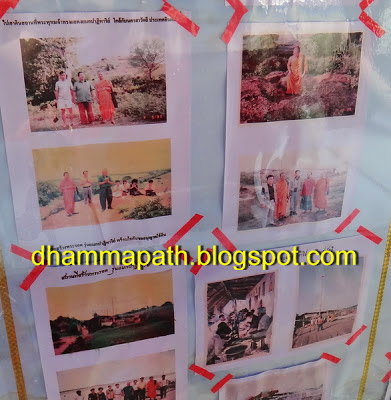 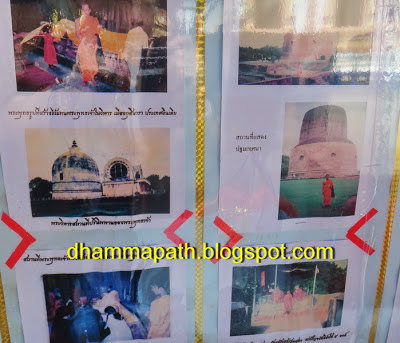 The latest Phra Rod amulets by Wat Mahawan and these batch Phra Rod were also consecrated at India, the 4 Holy places of Phra Buddha Gautama.
.