Wat Benchamabophit or better known to foreigners as 'the Marble Temple', is a royal monastery belonging to the first class temple in Thailand. The name 'Wat Bechamabophit' simply means : the temple of the Fifth King, founded during the reign of King Chulalongkorn (Rama V) in year 1900. The Ubosoth was constructed with Carrara marble from Italy, it is one of Bangkok's most beautiful temples and a major tourist attraction. 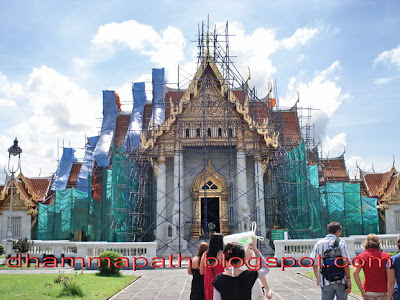 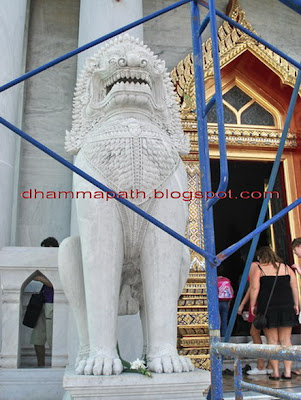 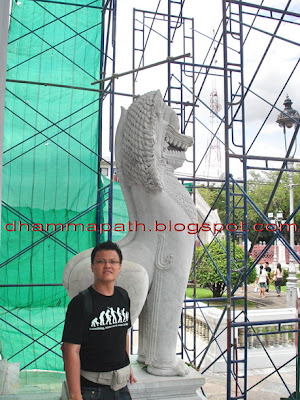 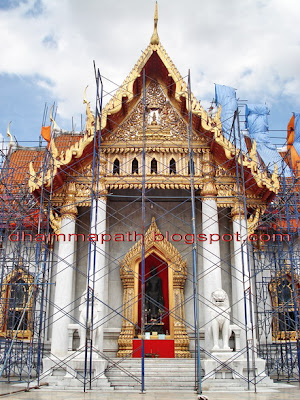 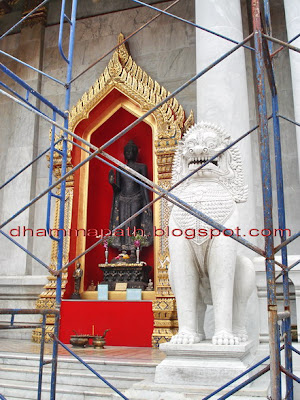 During my visited in year 2010, the temple Ubosot was under renovation. The photos taken with the giant gracing Singha in front of the Ubosot. 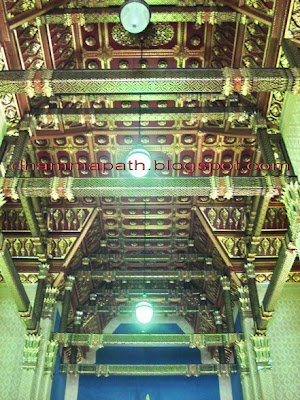 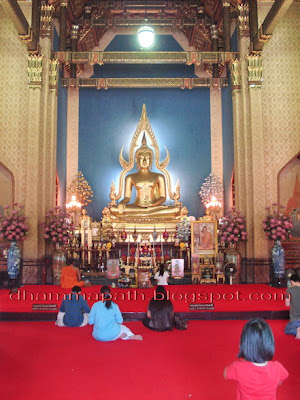 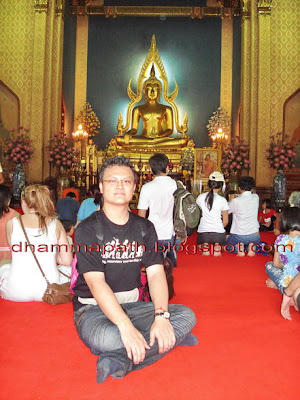 Wat Benchamabophit, the Ubosoth Hall is one of the finest works of architectural art of the Bangkok period. Inside the Ubosot, veneration of Phra Buddha Chinnaraj the main Buddha image. It is a replica of Phra Buddha Chinnarat at Wat Phra Sri Rattana Mahathat in Phitsanulok province. The ashes of King Chulalongkorn are buried beneath the statue and there are a few pictures of King Chulalongkorn on display in the Ubosot. 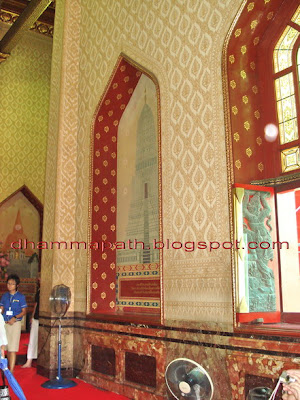 The wall painting of Mural of Thousand Angels. 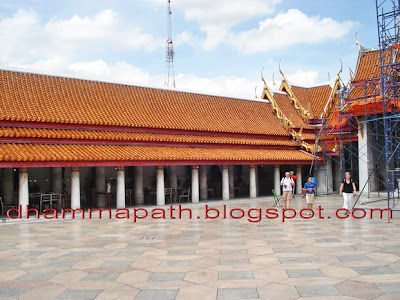 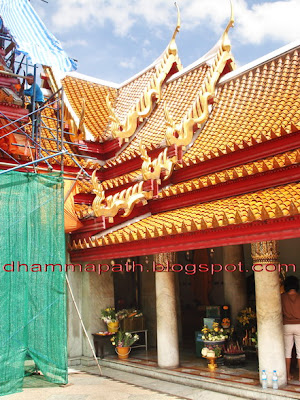 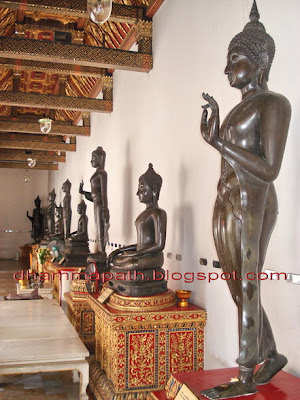 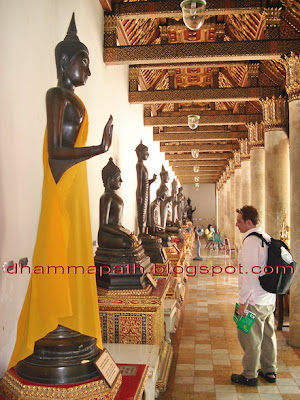 At the rear of the Ubosot, 52 Buddha images are enshrined in many different postures and with different hand gestures of Buddha image styles from Dvaravati, Lopburi, Sukhothai, Ayutthaya of Thailand. 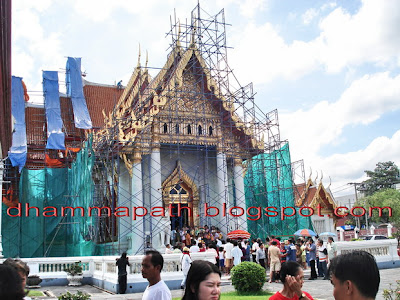 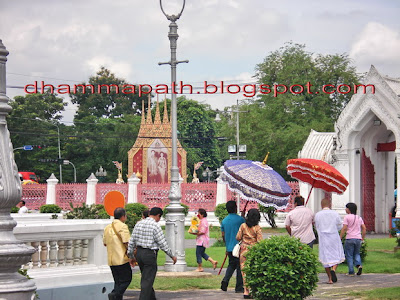 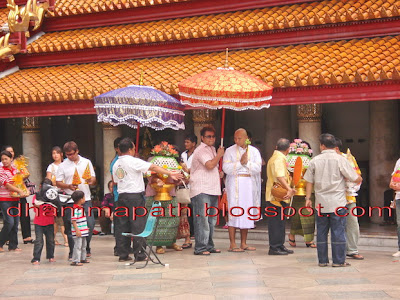 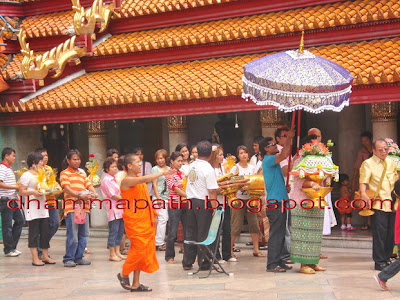 A new monk is being ordained in the temple of Wat Benchamabophit. 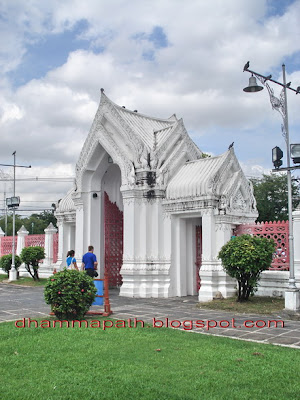 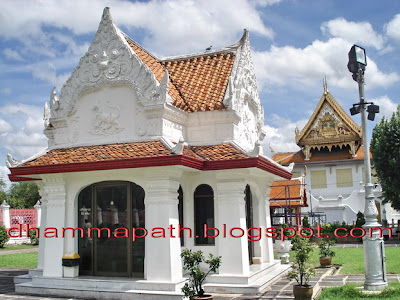 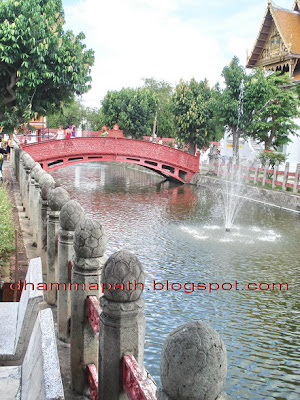 The 'khlong' - canal within temple compound. 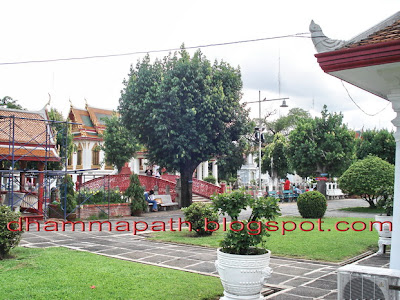 See more other Thai amulets at:

http://www.thaiamulets-dhammapath.blogspot.com/
Posted by Kenneth Phoon at 1:25 AM